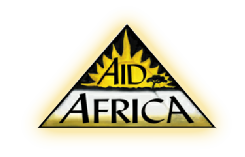 A stifling hot, often frustrating trip, marked by power outages and urgency to get projects progressed in a shorter time frame. Much of the community was hungry, but our regular projects—the milk & phala programmes and monthly Elderlies Luncheons— are still eagerly anticipated and appreciated. 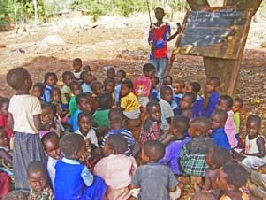 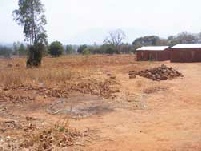 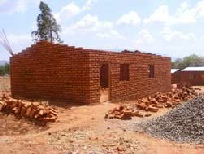 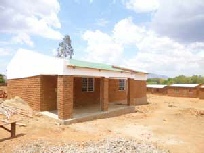 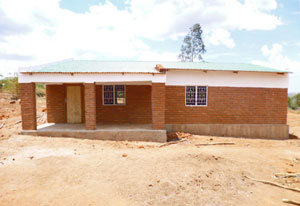 This building has caused such excitement in this disadvantaged society, that the Opening Ceremony was postponed as so many officials clamoured to attend the occasion! But at last the event happened and the whole community were joined by officials from social welfare, police, community dev, health, child protection, Village Heads, and journalists from national TV and radio.

The dedication speeches over, the crowds erupted in joyful celebration and song, enjoying traditional dancing, and thoroughly appreciating this new resource that will enhance their lives.

Back in October 2015 we visited a Nursery School under a tree in a village called Mtikhe and were captivated by the passion for education of the 3 voluntary teachers as well as the cute kids!  We’d been asked to construct a building to house them, but quickly realised that their vision was too small, and a community facility was more appropriate for the area.

When we fund village amenities, we always work alongside the villagers, not just throw resources around, so their part was to make 11,000 bricks and supply river-sand, and ours was to provide cement, building materials and an expert construction team.

So instead of the single classroom requested, we brought in thousands more bricks, cemented a sturdy foundation into place, extended the building adding a veranda, and interior walls to strengthen the construction, create interior rooms, and further support the roof.

Over the months the building took shape, and now not only has the Nursery School a brilliant new home, but Mtikhe Village has a multi-purpose Community Centre at its heart.

But the most poignant fact came to light when we realised that two of the three dedicated voluntary teachers, who had battled on for years without resources or support, had been students on our sponsored education programme nearly a decade before—their own education paid for by friends in the UK! 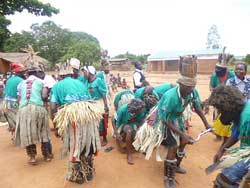 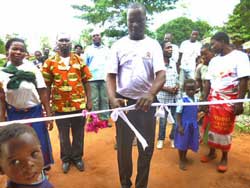 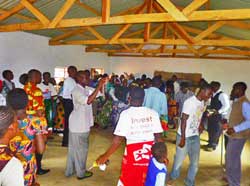 This is a simple granite rock & cement pedestrian bridge over a gully spanning about 15ft.  It’s a busy short-cut many children use to walk to Michesi Secondary School, and others to Chiringa Trading Centre 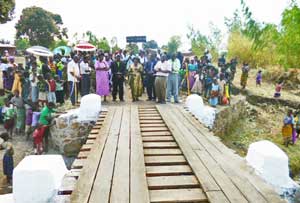 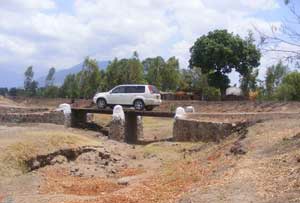 This is the bridge we started to construct last trip, and was finished in July 2015.

On the 21st August it was “officially” opened, and the whole community joined in the celebrations!

Prayerful dedication and blessing of the bridge in August 2015

Houses in the community 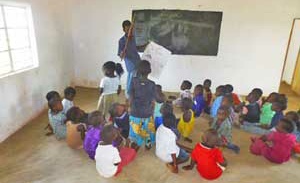 It was arranged that local

sand, and OHP would 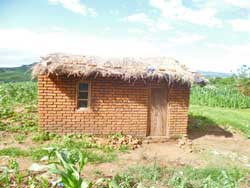 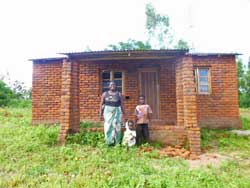 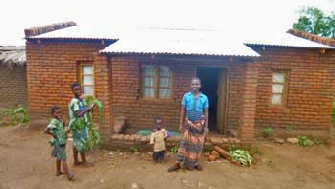 Mary has 4 young children and also cares for another 4 orphans. She has no regular income but takes any work she can to feed her extended family, but they’re often hungry.

During the storms in early 2015, her house was seriously damaged and was at risk of collapse in the next rains.  She’s thrilled she now has a new one!

We’ve built 3 houses for vulnerable families who had lost their homes in the storms—Mary, has 4 young children and also cares for 4 orphans, a child-led family of 4 orphans, and a small house for Francis—he’s epileptic with learning disabilities, and living in rubble…...All are now safe & secure

(Left) a new house for 4 orphans

(Right) Francis, disabled with learning difficulties, lived in the broken down ruins of a kitchen. He now has a new home, small, but robust, safe and secure.