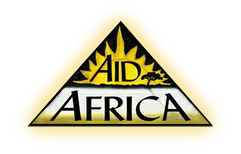 With funding from Wilmslow Wells, we successfully repaired five broken boreholes out in the remote rural areas in May. These five boreholes had been heavily used when working, but had been abandoned as the parts wore out - or in one case were stolen, leaving thousands struggling to find clean water locally.

Women’s lives are dramatically changed when the pumps are repaired - they no longer have to decide between walking perhaps miles to the nearest working borehole or risk the family’s health using potentially contaminated river water.

affected by the breakdown of these 5 pumps, so their repair has 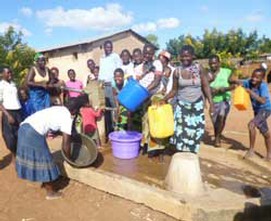 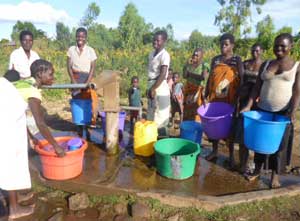 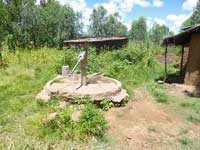 We were concerned that we may not be able to locate enough maize for our next Food Programme—2015/16, but we scoured the area and managed to buy 300 bags (15,000 kgs). Another 20 bags were added, together totalling 16 tonnes—the same amount we had last year initially— but we had hoped to increase our ability to help.   We re-ratproofed our storeroom, bought new grain bags, sacks, and tarpaulins to dry the grain.  Pieceworkers were brought in to handle the drying process and ladies winnowed before carefully packing for storage till Christmas when hunger inevitably increases again.

In these times of chronic food shortage, the vulnerable suffer the most, so our monthly luncheon for elderly folk is greatly anticipated, and a joy to engage in.

Dozens of frail folk enjoy a good meal—those unable to finish it take it home in a bag, and there’s also a social time of singing, prayer and dancing. 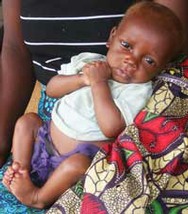 Milk—quantities are way down so we’ve pared down our issue lists focussing on the most vulnerable babies who cannot receive milk any other way—i.e. orphans, and those whose mothers are severely malnourished, AIDS-affected or have breast problems.  We still transport milk over to Bwanali 3 times a week, (20+ babies) and feed 14 daily at our Centre, Mon-Saturday,giving enough for a Sunday feed as powdered formula. This is being trialled, and seems to be working well, but there are plenty more tiny infants in need.

One of the babies on our Milk Programme is Stanley, (right), now 7 months old, bright and alert, but weighs only 4.5kgs —not even the weight of a child half his age. He entered our Milk Programme 2 months ago—then weighing 1.5kgs, too weak to even open his eyes.  As his 18 year-old mum couldn’t breast feed, she had little alternative but to try to feed him with flour and water—then, desperate, she heard about our goats……

Likuni Phala—Still hugely appreciated by this community, about 40 toddlers receive fortified porridge 3 times a week—at this period of acute hunger, this might be the only meal the child has that day. With our new processing facilities, we can now prepare the dry ingredients on-site, improving hygiene and saving time.

Deforestation is a huge problem in Malawi, largely overlooked in the urgent rush to find food for today. However, it has widespread consequences, causing instability in the water cycle/climate and food resources.

The depletion of tree stock for firewood/charcoal and building is risking:

claimed the issue is unsolvable nationally so perhaps

we are not equipped to impact this problem in a big way,

but we can contribute at a local level by:-

stoves that cut wood usage by two-thirds over the

We are still sponsoring 100 students in 3 local secondary schools.  Term 3: (2014/15) fees were paid. Michesi Sec. might bring in compulsory boarding for girls which will probably triple the cost of education in that school, and change the shape of OHP’s sponsorship. We currently support 40 children there,12 will be leaving after their current exams, leaving 28, of which 12 are girls.  We will commit to keeping those girls on, despite the inflated cost, but will carefully consider the replacement of the students who have come to the end of their education at this school, unless we can attract additional sponsorship. 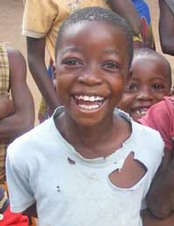