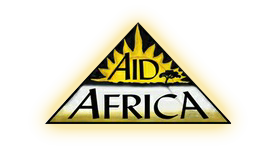 Not an easy project to manage, with complex logistics, and heavily

reliant on the voluntary labour. Timbers were ordered, cement bought,

poles cut, rocks started to appear, carried by the villagers, and the

However, all came to a halt when it was fully realised by the community

that their assurances to supply adequate stone were too ambitious.

So another meeting considered the options and we decided to use our motor-trikes to ferry the rocks the villagers collected from the mountain, to site - no commercial truck could manage the terrain. This actually kept the project alive and active as the villagers saw our guys labouring with them, and our vehicles being battered but effectively transporting over 30 tons of rock.

During the devastating cyclones in early 2015, some roads and bridges became impassable.

We were approached by Village Heads, asking if we could help rebuild the Namalamba Bridge.

(Above)- the original location before the bridge was

built -  in the rainy season tributaries upstream fed in, swelling the river up to 30m across with fierce currents, so many couldn’t cross to the Government Health Clinic, maternity facilities, school (1235 students), and local town for business, food and other basics.

In the past, 5 villagers had lost their lives here.

(below) Everybody helps carry stone, including our 2 motor-trikes

Namalamba Bridge served 15 villages (about 7500 people) and had been the main route linking remote villages near the Mozambique border to tarmac roads and services.

On Friday, 21st August 2015, the whole community came together to celebrate the bridge’s official opening. Many Village Heads, community leaders and dignitaries were present for the solemn ceremony - the bridge was prayerfully dedicated, then officially handed over to the local community.

Enthusiastic singing, traditional dancing, and drama expressed their appreciation to FOMA for the funding, and to Open Hand Projects for project managing the difficult construction of this important new facility.

This is a simple granite rock & cement pedestrian bridge over a gully spanning about 15ft.  It’s a busy short-cut many children use to walk to Michesi Secondary School, and others to Chiringa Trading Centre

The gully could be crossed in the dry season—but when the rains came, it would become a fast-flowing river—dangerous!

Outside the rainy season villagers just climbed down and up the other side, but in the rainy season it gushed with water—sometimes to a height of 5ft. We agreed that if locals would contribute by collecting stone & river sand, then OHP would supply cement, timbers & builders

The villagers worked hard providing the rocks, and the bridge will now enable safe all-weather crossing, saving about 45 minutes walk on the main road route. 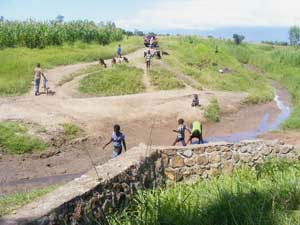 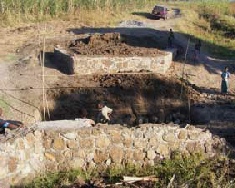 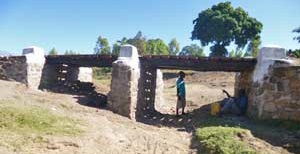 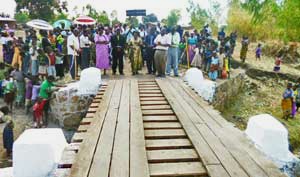 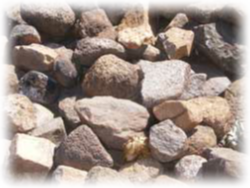 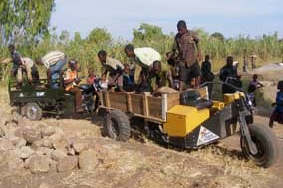 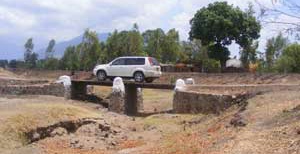 On Saturday 4th July 2015, the bridge was finished!

All 3 pillars were completed, the poles anchored and the timbers nailed into place.

Committed to work in partnership with local communities, we agreed to supply timber, cement, quarrystone and builders, if they would provide local poles, sand, rocks, & labour.

The bridge would span 8m, with 3 pillars, made of granite rocks cemented together over a 2m-deep rock foundation, topped with wooden poles & specially treated timbers.